Reviving your soles at McLelland Shoes

Lib McLelland (Mamaw) worked with Long’s Family Shoes from day one (Feb 1958). So when the store became available in August of 1983, Dad and I went in together and bought the store.

The McLelland family are Statesville natives. Jim McLelland enjoyed a sales career with Dr. Scholl and Miller Shoe Companies, then worked for ThorLo before coming to the store in 1998.

Rusty graduated from S.H.S. in 1979, then earned biology BS from Davidson College in 1983. He began studying Pedorthics, initially at Ball State University and earned Board Certification in Pedorthics in 1986.

Leslie McLelland Nantz and Alisa Mantysaari attended the Robert M. Palmer School of Biomechanics and earned the Board Certification in Pedorthics in 2009. 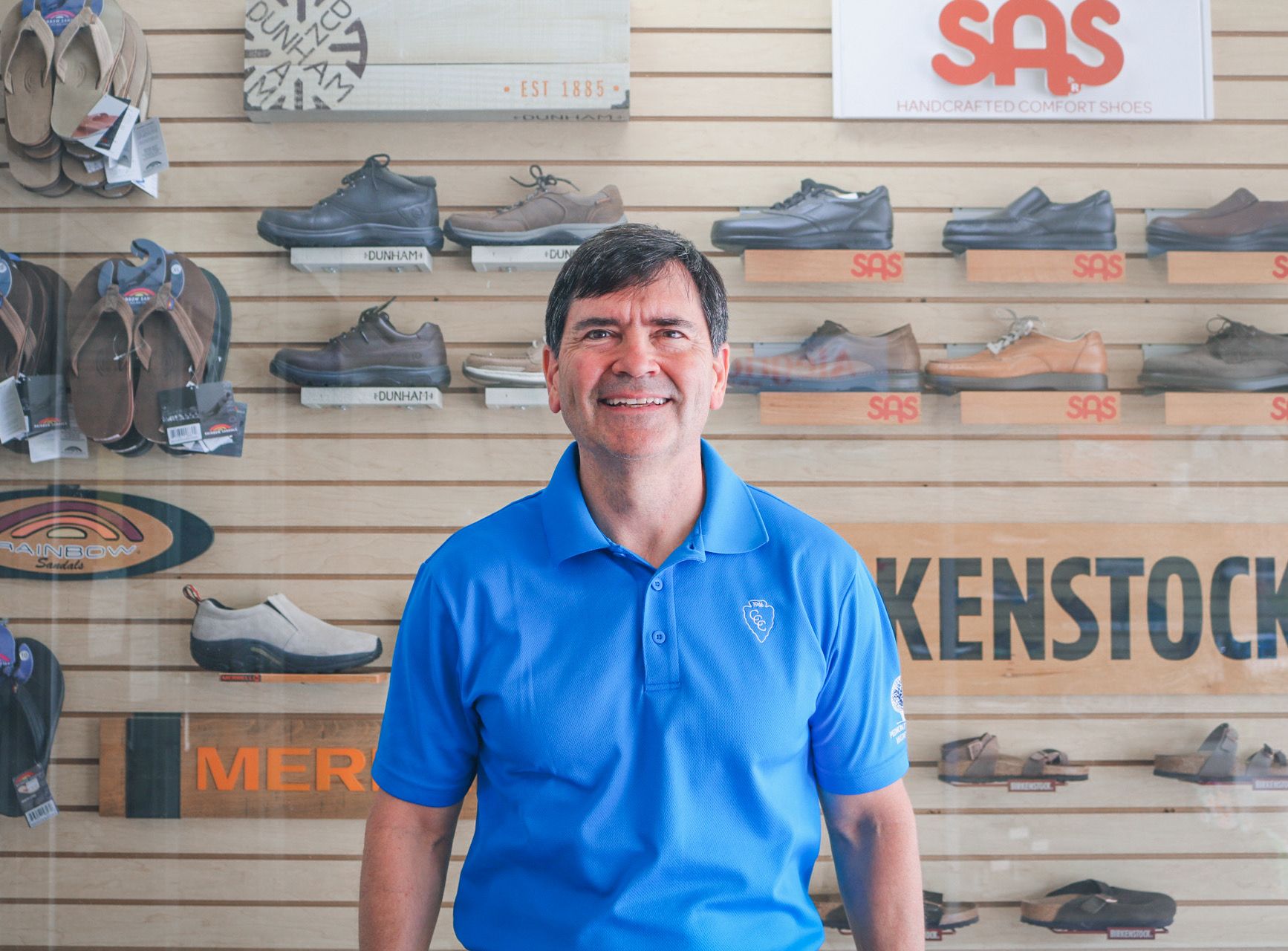